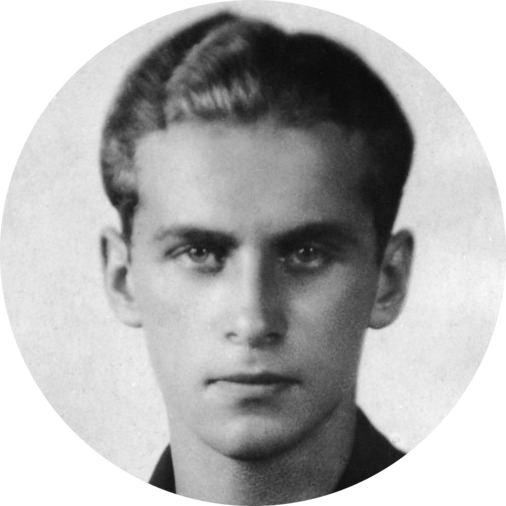 
The most significant Polish poet from the "Columbus generation". Born in Warsaw. His father, Stanislaw Baczyński, was a Polish writer and literary critic, his mother, Stefania Zeleńczyk (descended from Catholic Jews), was a teacher, author of several school textbooks. As a child, the boy suffered from asthma, had a weak heart and was at risk of tuberculosis all his life. In 1931, he entered the Stefan Batory Gymnasium and received his matriculation certificate in May 1939.

After graduating from high school, Bachińsky dreamed of studying at the Academy of Fine Arts and becoming a graphic artist or illustrator, but the outbreak of the war prevented him from realizing this dream. In 1940, a Jewish ghetto was created, but Krzysztof and his mother remain outside it, risking being shot on the spot if their origin is exposed. In the autumn of 1942, the poet entered the underground Warsaw University, where he studied polonistics. At the same time, he was looking for at least some work: he glazed windows, worked as a coal miner and telephone operator, and also studied at the school of decorative arts and painting.

On July 6, 1942, Baczyński married Barbara Drapczyńska, also a student of the Department of Polonistics of the underground Warsaw University.

In July 1943, Bachińsky joined the battalion "Zoska" of the Krajova Army with the rank of corporal under the name Krzysztof Zjalińsky. At the same time, he dropped out of university and engaged exclusively in underground activities and poetry, saying that if he was lucky, he would return to study.

During the German occupation, Baczyński published 4 collections of poems: "Closed by echo" (Zamknięty echem, summer 1940), "Two loves" (Dwie miłości, autumn 1940), "Selected poems" (Wiersze wybrane, May 1942), "Poetry sheet No. 1" (Arkusz poetycki Nr 1, 1944) and the collection "Singing from the conflagration" (Śpiew z pożogi, 1944). However, most of his works, including about 500 poems, several poems and two dozen short stories, were printed after the war.

Krzysztof Baczyński died on the fourth day of the Warsaw Uprising, August 4, 1944, mortally wounded by a German rifleman. And on September 1 of the same year, his wife Barbara also died.

Krzysztof Baczyński is one of the most legendary creators in Polish literature. A poetry prize was created in his name. Songs based on his poems are sung by many bards, including Eva Demarchik. He is the patron of a number of schools, libraries, scout squads, etc. Krzysztof Baczyński is dedicated to the book of short stories by Jerzy Andrzajewski "Nose". In 1984, the film "The Fourth Day" was made, dedicated to the last four days of his life.