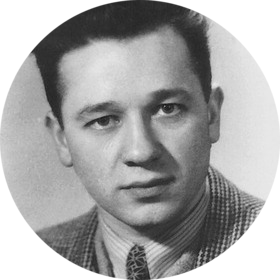 Tadeusz Borowski was born on November 12 in Zhytomyr in Soviet Ukraine, was the second son of Stanislaw and Theophilia Borowski. In 1926, Tadeusz's father was arrested (and before that his bookstore was nationalized) and exiled to Karelia, to the GULAG. And four years later, the mother of the future writer was also sent to Siberia, to the bank of the Yenisei. The two Borowski brothers were left alone. The eldest, Juliusz, got into the hostel, the youngest, Tadeusz, was taken care of by his aunt. In 1932, Stanislaw Borowski was exchanged for communists arrested in Poland and moved to Poland. His children also went there with the help of the Polish Red Cross. The father met with his sons at the very Polish border, in Baranovichi. A year later, his mother returned, and the Borowski family settled in Warsaw. In 1939, the Borowski house burned down during the siege of Warsaw. In 1940, Tadeusz graduated from an underground gymnasium (these, as well as many other events are described in the "Exam for a trade" — "Matura na Targowej"), subsequently studied at the underground Warsaw University at the Department of Polonistics, where he met his future wife Maria Runda.

Tadeusz Borowski made his debut in 1942 with a collection of poems "wherever the earth is" (Gdziekolwiek ziemia), printed on a manual hectograph in an underground printing house. In 1943, during one of the raids, Maria, the beloved of Tadeusz, disappeared. Borowski rushed to look for her and was ambushed at one of the safe houses. He was arrested and taken to the Povek prison, and after a while to Auschwitz. A few months later, he became very ill and ended up in the Auschwitz infirmary, where, having recovered, he was able to stay with the help of friends. He is trying to establish a connection with the bride, who is being held nearby, but in much worse conditions, and gives her medicine. Soon he leaves the infirmary and gets a job as a camp roofer in order to be able to see Maria more often. In August 1944, he was transported to a concentration camp deep into Germany, first near Stuttgart, then at the roofs.

In Auschwitz, Borowski does not stop writing. On Christmas Day, 1943, he creates a cycle of carols sung by prisoners. Friends in Warsaw printed his camp poems in a separate collection "poetry sheet No. 2", but the author himself probably did not see this small collection of poems: the only surviving copy was found after his death. On May 1, 1945, Dachau camp was liberated by the Seventh American Army, and Borowski ended up in a camp for displaced persons near Munich. Soon he moves to Munich and gets a job at the Family Search Bureau of the Polish Red Cross Committee. Tadeusz is looking for his fiancee and a few months later finds her, very ill, in Sweden, but they can't meet. During this time, he wrote many poems, as well as, together with Kristin Olshevsky and Janusz Nel-Sedletsky, a documentary book "We were in Auschwitz" (1946).

Only in June 1946 Borowski returned to Warsaw. There he eventually meets the bride and they get married. Borowski abruptly abandons poetry and takes up prose. In 1948, a collection of his short stories "farewell to Maria" was published. The book caused shock and misunderstanding among many critics and readers. One of the heroes of Borowski's stories – a good man by nature, who, however, learned to survive in camps by any means, began to be identified with the author. In the same year, another book was published — a series of short stories "the stone world".

In 1948-1949, a new period in the writer's life begins. The new slogans of socialist realism do not find a response in Borowski's work, but the misunderstanding of his works forces the writer to doubt the correctness of his literary method and the ideas themselves. In 1949, Borowski went to Germany; at that time, he believed that socialism was the best way to recreate the world in which all the horrors he had experienced were possible. He returns to Poland as a supporter of socialism and socialist realism. In 1950, his main attention was paid to politics and journalism — his own creativity fades into the background.

His suicide a few days after the birth of his daughter — on July 3, 1951, when Borowski was gassed — still remains an unsolved mystery.

Borowski is considered one of the most significant Polish novelists of the post-war decade, whose work significantly influenced subsequent generations of writers. His friend Tadeusz Dreniski wrote several books about him, including the biography "Escape from the Stone World" (Ucieczka Z kamiennego świata, 1962), and also published his epistolary legacy.

In 1970, the Polish film "Landscape after the Battle" was shot, based on the works of Borowski. Borowski's books are mentioned in the novel by the German writer Bernhard Schlink "The reader" (Der Vorleser, 1995), which tells about a former guard of a concentration camp who committed suicide after reading the memoirs of his former prisoners (among them Borowski is called). The 2002 Nobel laureate Imre Kertesz said that all his works were written under the influence of Borowski's prose.