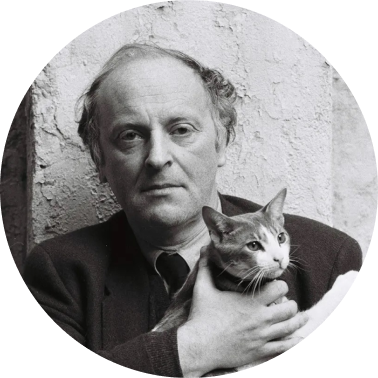 Russian poet. Born in Leningrad. He studied at school until he was fifteen. He tried to enroll in the school of submariners, but was not accepted. In 1955, he worked at a military factory as a milling cutter, engaged in self-education. He became seriously interested in poetry. Brodsky began to study Polish and translate Polish poets. Together with A. Naiman and E. Rein, he was part of A. Akhmatova's entourage in the last years of her life.

In 1964, he was arrested and sentenced to five years in exile for "parasitism". In 1965, he was released early due to the patronage of cultural figures and under the pressure of public opinion both in the USSR and abroad. However, no magazine or publishing house dared to publish their poems. He was able to print only four poems in the collection "Poetry Day", several children's poems and translations.

In 1972, he was forced to emigrate to the United States. He wrote in English. In the West, mainly in the USA, eight books of poetry were published in Russian: "Verses and Poems", "A stop in the Desert", "In England", "The End of the Beautiful Era", "A Part of Speech", "Roman Elegies", "New Stanzas for Augusta", "Urania".

In 1987 he was awarded the Nobel Prize in Literature.

He spent the last years of his life in New York. According to his will, he was buried in Venice.