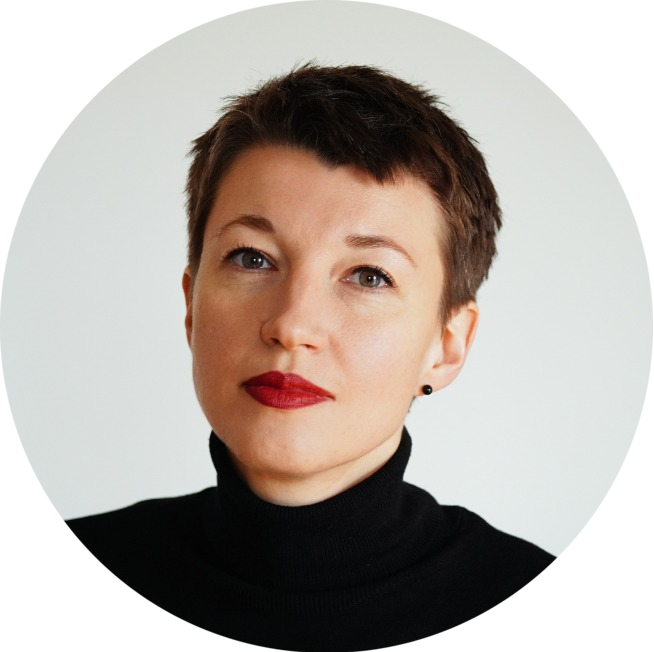 Born in 1982. She is a poet and translator, an author of three poetry collections in Belarusian.

Her poems were translated into several languages, included in foreign anthologies and published as separate books in Poland and Germany. She described her life during the peaceful protests in Minsk in a form of a diary.

The book came out in Sweden under the title "Dagar i Belarus" ("Days in Belarus", Norstedts, 2020) and as "Minsk. Tagebuch" ("Minsk. Diary", edition.fotoTAPETA, 2021) in German. She herself translates mostly poetry from English and other languages and children’s literature from Norwegian.

She is the winner of Carlos Sherman prize for the translation of the collected poems by Stephen Crane. Since the end of 2020 together with her husband, she has been living in Graz (Austria) with the invitation of the Kulturvermittlung Steiermark.