A poet and translator born in Minsk, Belarus. Writes in Belarusian and English. She is the author of three poetry collections, "Factory of Tears" (Copper Canyon Press, 2008), "Collected Body" (Copper Canyon Press, 2011) and, mostly recently, "Music for the Dead and Resurrected" (FSG, 2020), named one of the best poetry book of 2020 by "The New York Times" and "The NPR", and the winner of the 2020 International Griffin Poetry Prize.

Mort is a recipient of fellowships from the American Academy in Rome, the Lannan Foundation, and the Amy Clampitt Foundation. Her work has been honored with the Bess Hokin Prize from Poetry, the Glenna Luschei Prairie Schooner Award, and was shortlisted for the Forward Prize. Her international honors include the Burda Prize for Eastern European authors (Germany), Crystal of Vilenica Prize (Slovenia), and fellowships from Sylt Foundation, Literary Colloquium Berlin, Gaude Polonia Scholarship in Warsaw, Literarisches Haus Graz Fellowship in Austria, and Alice Yard Artist Residency in Port of Spain, Trinidad.

Her essays and poetry have appeared in "The Best American Poetry", "The New Yorker", "The New York Times", "The Financial Times", "Poetry", "Poetry Review", "Granta", "The White Review", "The Baffler" and many more. With Ilya Kaminsky and Katie Farris, Mort co-edited "Gossip and Metaphysics: Russian Modernist Poems and Prose" (Tupelo Press, 2014). She is also the editor of "Something Indecent: Poems Recommended by Eastern European Poets" (Red Hen Press, 2013).

Mort teaches at Cornell University and writes in English and Belarusian. She translates between English, Belarusian, Russian, Ukrainian, and Polish. She has received the Gulf Coast Prize in Translation and the National Endowment for the Arts grant in translation for her work on Polina Barskova’s book of selected poems "Air Raid" (Ugly Duckling, 2021). Her translations are featured in many literary anthologies.

Valzhyna Mort’s poetry collections have come out in translation in Germany (Suhrkamp Verlag, translated by Uljana Wolf and Katharina Narbutovich), Sweden (Nirstedt/litteratur, translated by Ida Börjel) and Ukraine ("Люта Справа", translated by Lesyk Panasiuk and Daryna Gladun), while single poems have been translated into a dozen of languages. "Music for the Dead and Resurrected" is forthcoming from Bloomsbury in the UK in 2022.

Mort’s poetry has been set to music and staged as plays and is performed internationally. In 2020, Mort wrote and narrated a radio documentary Belarus Across the Barricades, produced by Monica Whitlock for the BBC News World Service. 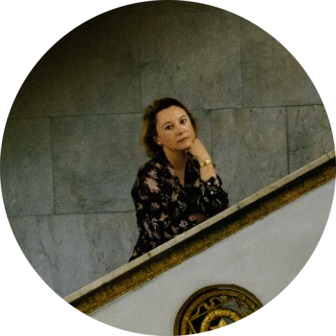