Year of birth — 1975. Place of birth — Gomel. The origin is noble-proletarian. Since childhood, he has loved space, music, cinema and various languages. Education is imperfect, studied to be a baker, and became a rock musician. In 1989, together with A. Urakov, he founded the metal band "Gods Tower", with which, basically, he became famous.

He went into politics three times: in the early 90s he was a member of the "Belarusian People's Front", in the second half of the 90's he attempted to establish a parody party of the Oranges, in 2015 he tried to establish a party of space pirates and even had to participate in the presidential campaign.

He has been trying himself in literature all his life. In 1995, he published a book with a circulation of 100 copies "Это Это Это". Worked in the Gomel independent publication "Hutarka" as a second editor (early 2000s).

He shoots amateur movies, puts them on his own YouTube channel.

Since 2013 he has lived and worked in Minsk, in 2021 he was forced to flee to Lithuania due to political persecution.
Lesley Knife's publications in "Taubin":
"Flew and lit" 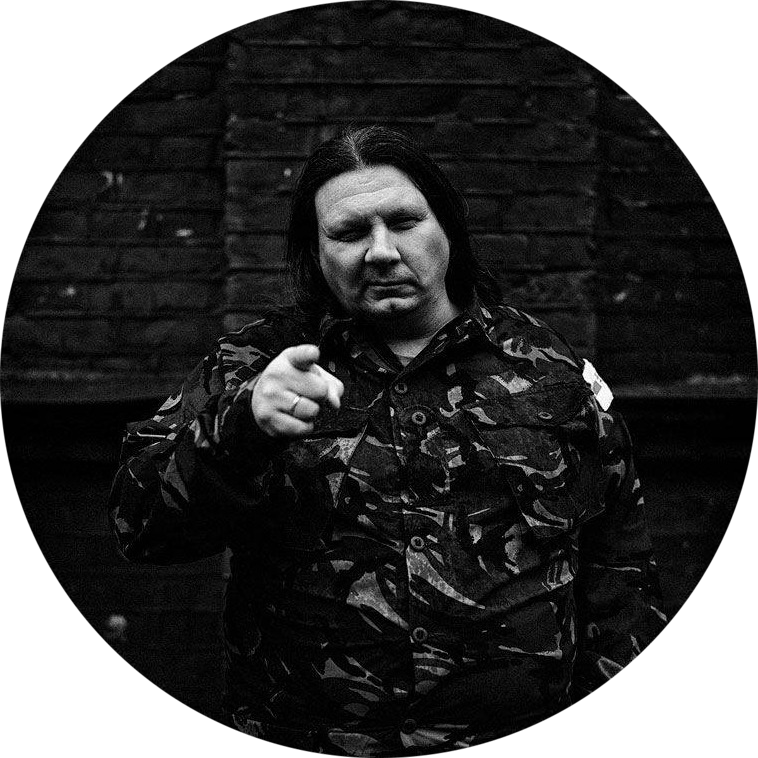